It’s well accepted that psychology has a big part to play when it comes to trading, and trading is, after all, a highly pressured vocation. So if you want to enjoy forex trading and make it as profitable a venture as possible, you need to understand how to handle your stress levels.
Before you attempt your first trade, you need to understand that forex trading uses a whole different set of psychological factors compared to more traditional forms of trading. Because of the need to make good trading decisions under highly volatile market conditions, even the most experienced traders become wholly overwhelmed, causing them to make mistakes.
The right way to trade forex
The difference between successful forex traders and unsuccessful ones is that successful traders do things differently. When they take a trade, they know full well that even as they take a risk, they’re taking a calculated risk. They understand that they’re taking a risk and have either a calculated plan for success or leave their trades in. In the worst-case scenario, they adopt a ‘stop and go’ mentality, moving on to the next most profitable currency pair once the market yields them a bid. Whatever they do, they stick to their plan.
They’re also aware of the broader implications of their particular trade. As unseasoned traders, we make the subtle mistake of assuming that every trade is essentially a similar operation. In order to create a beneficial system for ourselves, we need to know what we’re dealing with. For example, we need to know in which phase of the trade is positioned relative to others in the market.
We also have to know which currencies are doing well. In order to profit from our own trades, we need to trade in a way that is conducive to our own chosen trading system.
Without sound risk strategies and the right psychological disposition, you can find yourself in a lot of trouble. For instance, a trader who’s making money only 40% of the time (an average of 5 trades each week) isn’t going to be able to sustain that without a few more difficult trades along the road to recovery.
My advice would be to trade using a system-based approach. In other words, choose a timeframes and currency pairs you want to trade, and then look for a trading system that tells you where those currencies stand in the market at various points of the trading cycle.
Keep your checklist of characteristics and factors in view. If you keep doing the same thing every time you take a trade, you’re actually fooling yourself into believing there really are any significant distinctions between your trades.
Traders who take a system-based stance and experiment with different trading methods and indicators on larger timeframes have far greater success rates. They’re taking only the most reliable available data and trying multiple methods at once to bypass the here-and-now.
By choosing to trade according to a system that tells you what to do, it then becomes a choice of actions that you have the option of trying out, rather than a mere set of options that you must choose from.
And what about the other type of trader who doesn’t take part in automated trading processes, which simply picks a chart pair or two and tries to identify trends and opportunities on a whim, or in a pattern, rather than according to some kind of automated trading system.
There’s really no significant difference between the two sets of traders because data is still what matters, regardless of the particular system you use! 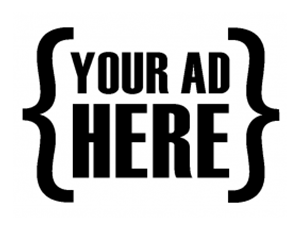